al13326
(@al13326)
Trusted Member
Joined: 4 years ago
Posts: 52
Topic starter 06/09/2018 1:38 am
I found these two using BG42 content, one for a mod and another was releasing it (every vehicle) to the public!
The first was named 李运达高级粉 (I can't read and understand Simplified Chinese, sorry) creating a sort-of sub mod for FH called "Forgotten Hope Arsenal" and ripped several models not just from both BG42 and BGF, but also some mods from BF1942 (i.e. FHSW) and BF2 (i.e. FH2). The same person also convert BG42 maps. especially those created by SargeSurfat like Royan outskirts. You can check the username's posts through this link: tieba.baidu.com
Few samples:
-> Churchill Mk. III by RuppDee 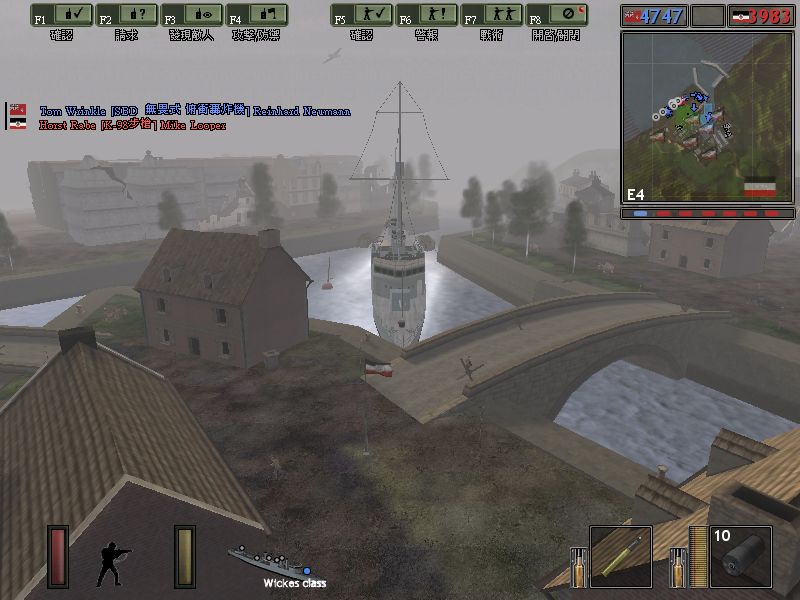 -> 4203-battle_of_java but altered as Chinese theater map. Note the HUD, statics as well as building and wall textures and an M5A1 Stuart from FHSW Meanwhile, another one named shurr also did the same not just from describe above, but also from other games (e.g. Il-2: Cliffs of Dover) and mods to be used on Return to castle Wolfenstein!
Link: wolfmap.ru
Few samples: Well, this is nothing really unexpected. The world is big, and why should a chinese nerd care about things like copyright or at least a voluntary code of conduct. On the other hand, I am not really pissed off about this. People have fun with our stuff, thats what it was made for 😉

Thanks for bringing this to our attention, but i'm afraid there's nothing we can do about it  🙄Everyone who is capable of opening and extracting .rfa files, can easily get everything from every mod they want.

I've just found out the files and already downloading it, but due to my internet upload speed is eff*ng slow i'm not able to transfer it to my Google Drive account. So here's the link: pan.baidu.com

It requires Baidu netdisk to be installed on PC and a Baidu account in order to download files.

For some reason though, it gets CTD while loading a map. Execute the debugger and here's the error appeared:

Here's a fix for FH arsenal's objects.rfa as it turns out, 3 of High.ssc files like the one above had intentionally written incorrectly inside the soundscript file which leads to CTD.

In addition to the one i've posted before, here are the main files of FHArsenal and see for yourself how awful it is! 🙄

The download links that I posted here are already broken, so I'm gonna upload it to another file hosting site at a later date. And I've been decided to make this thread public as some Japanese bf1942 (FHSW) community had been recently noticed the existence of FH Arsenal:

I've already transferred the files to my cloud storage, but i'm not gonna post the links here for obvious reasons (see the banner here for example, and other "things") >_< .

@Reppert2195 Do you have a Discord account? If so, what's your username so that you can add me.

I have sent you a friend request but it has been pending for two days.

Thanks for accepting the friend request.