Well I know it plays no role anymore as the model of Sherman Firefly was already replaced anyway but I'm still curious. During the earlier versions of BG42 a Sherman Firefly classified as 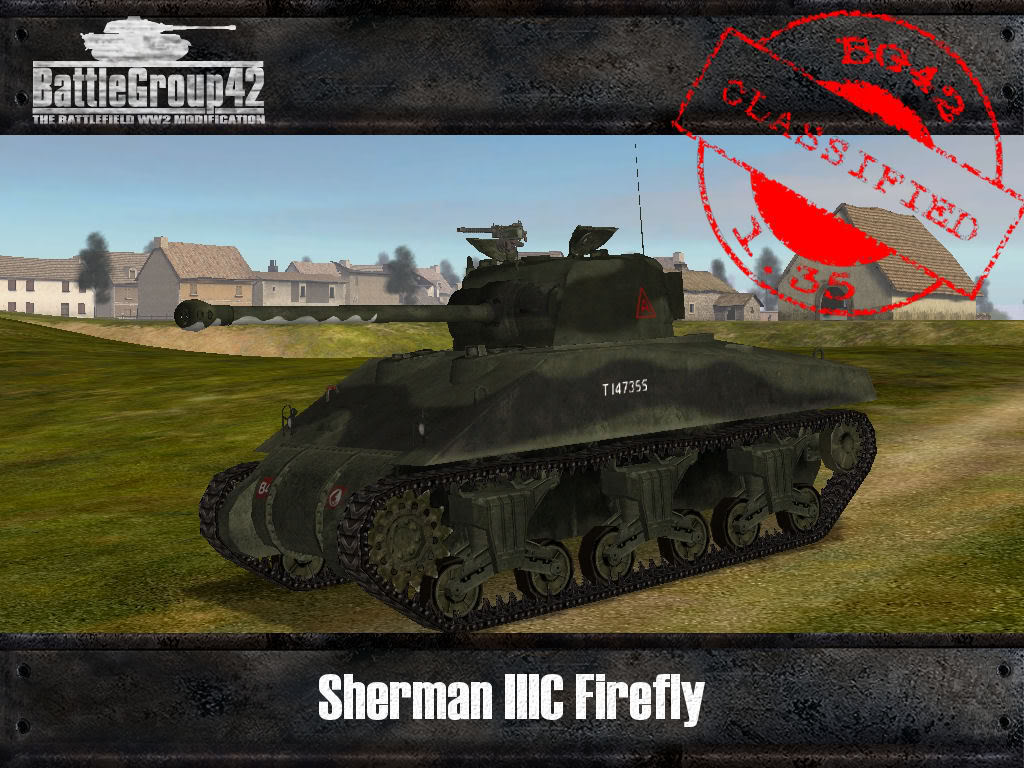 was used. According to the British classification system a Sherman IIIC is therefore a M4A2 Sherman armed with a 17pdr Gun. So far as good but according to my own research there wasn't any Sherman IIIC or at least only in very small quantities. I've found a picture of a Sherman Firefly which looks similar from the markings and the camouflage colour to the old BG42 model

This topic was modified 2 years ago by 2-285
Quote

Sorry for the late answer, I wasn´t around here for some time. Well, regarding both pics I would say it was hard to say why the earlier model was designated as IIIC. In british nomenclature the M4A2 was named Sherman III, the C stands for the Firefly modification. The M4A2 was a standard M4 fitted with a Diesel engine instead of the radial engine. This variant was never used by the US Army, but by the US Marines and the Allies via Lend-Lease. Most of the latter have been delivered to the Soviet Union, so this may be a reason why the British only used few of them. The bulk of the Firefly conversions used the M4A4, another Variant for Lend-Lease delivery, which used a Chrysler-5-bank engine and was mostly delivered to the British. This variant, in British nomenclature "Sherman V", has an elongated chassis, which maybe offers more space for the conversion. See also:   https://battlegroup42.fandom.com/wiki/Sherman_Firefly   and  https://battlegroup42.fandom.com/wiki/M4A4_Sherman.

But back to your question. I assume that we had a M4A2 model (thow the early ones are hard to distinguish from the M4A4) and used that as a base for the Firefly, because there was no M4A4 available at that time. This was revised when the new range of Sherman models from Simlac became available.

I've found found a picture of the orginal Sherman Firefly model, introduced by the first BG42 Dev. Team. It was classified in game as Sherman Firefly VC, so a M4A4 armed with 17pdr Gun, and according to the markings at the turret it would fit as well. Check also my attached picture from in game play for comparison. I don't know if this old model is optically close to an M4A2 Sherman. 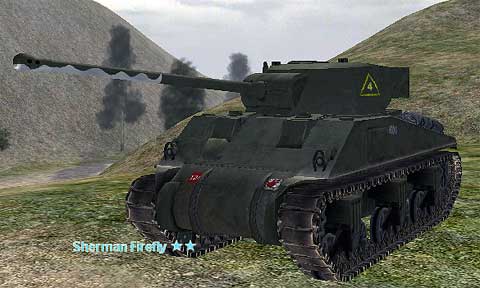 It's clear that these old model had to be replaced in future and that was done in Version 1.35. Interestingly I've found another promotion picture from Version 1.35, must be a very early one,  where even the classification was wrong.

Only good that this chaos is now over since Battlegroup 1.8 has now a historic fully correct Sherman Firefly VC model once for all, doesn't it? 😆 😎